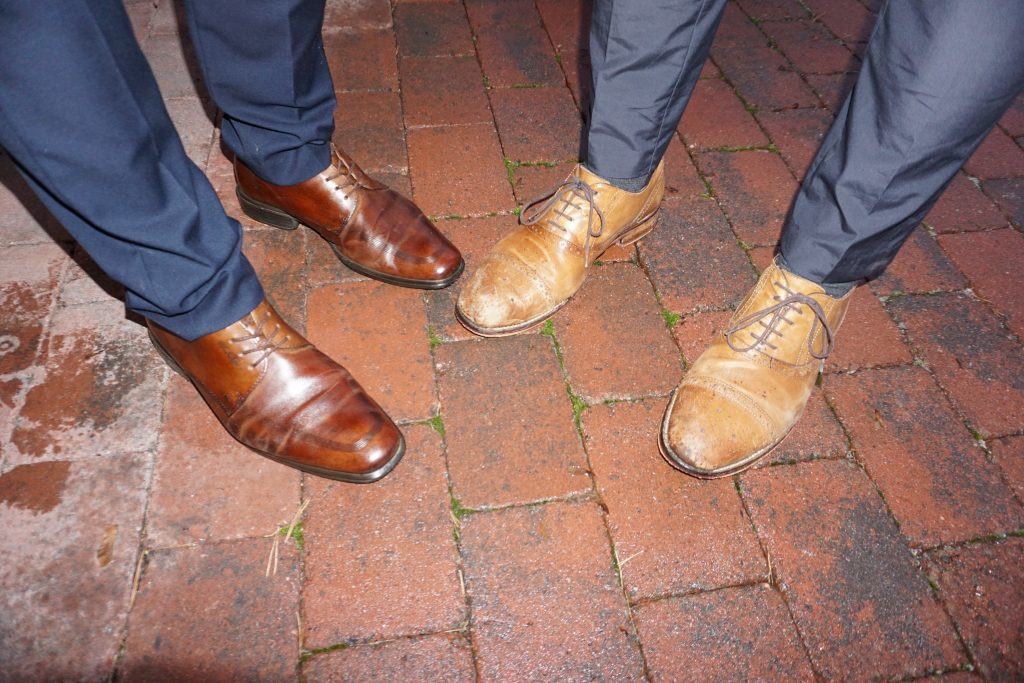 We are excited to welcome 2 elders and one sister to Norway. Sister Horgmo is Norwegain and has been at the Preston England MTC for 3 weeks. Elder Rumsey and Elder Morgan joined us from the Provo MTC. Welcome to Norway! 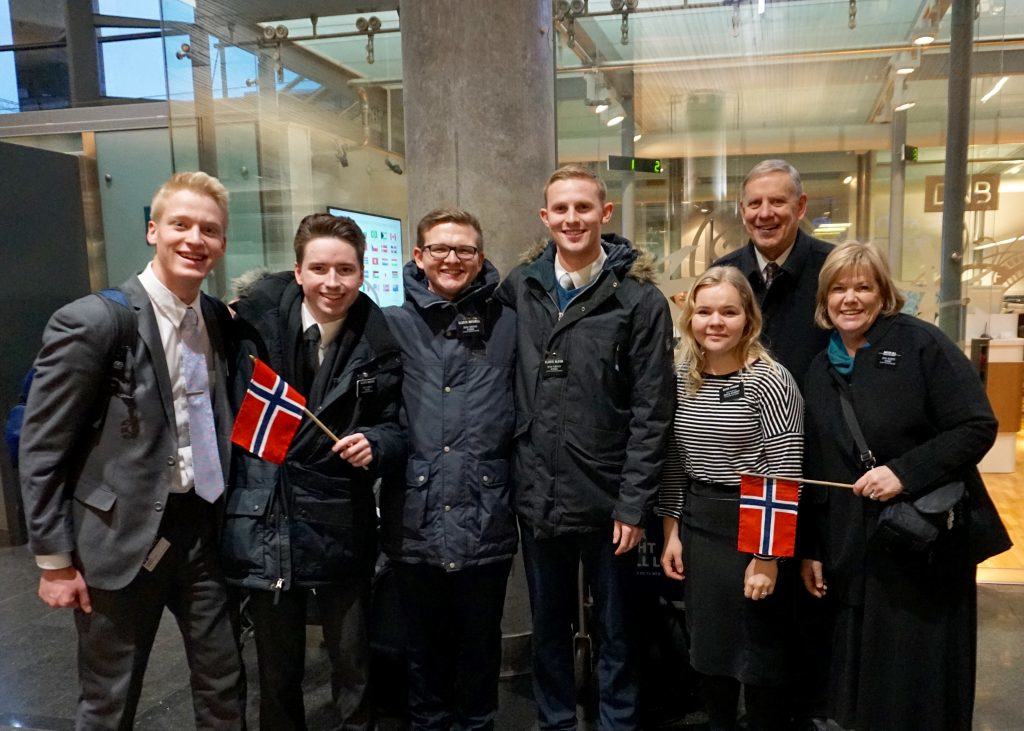 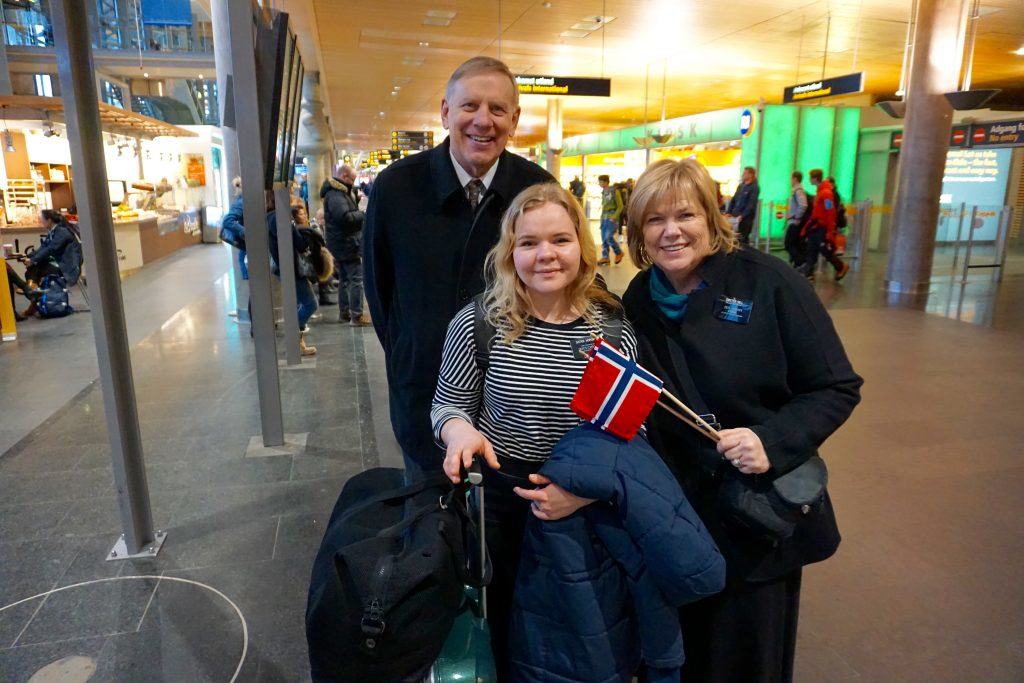 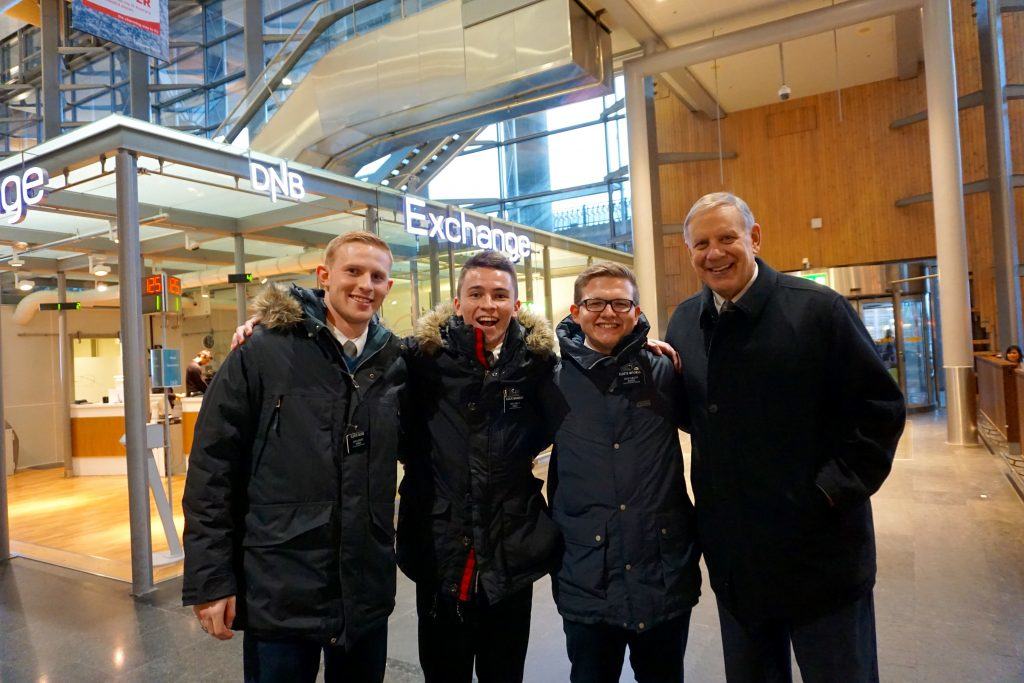 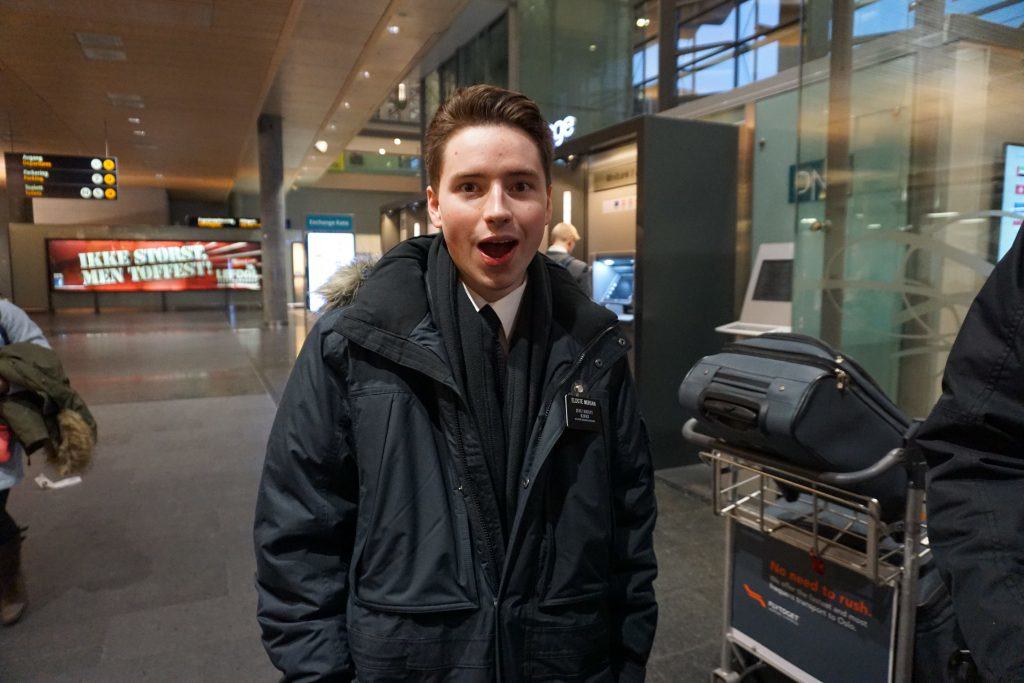 Elder Morgan looks likes he’s excited to finally be in Norway. He has had his mission call since July! 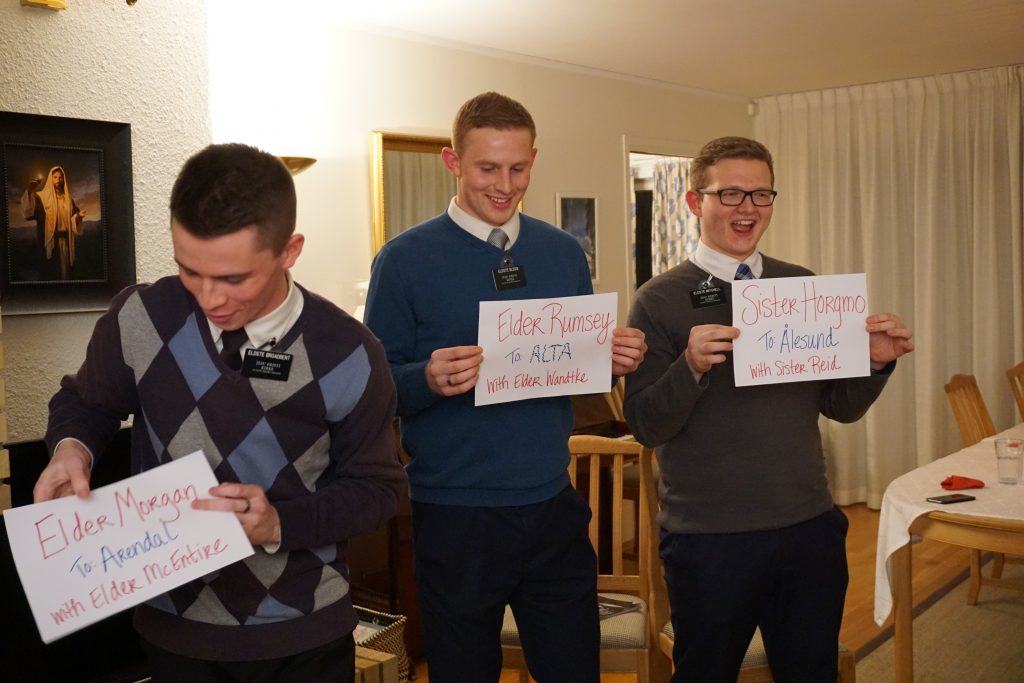 The assistants and the first area reveal…. 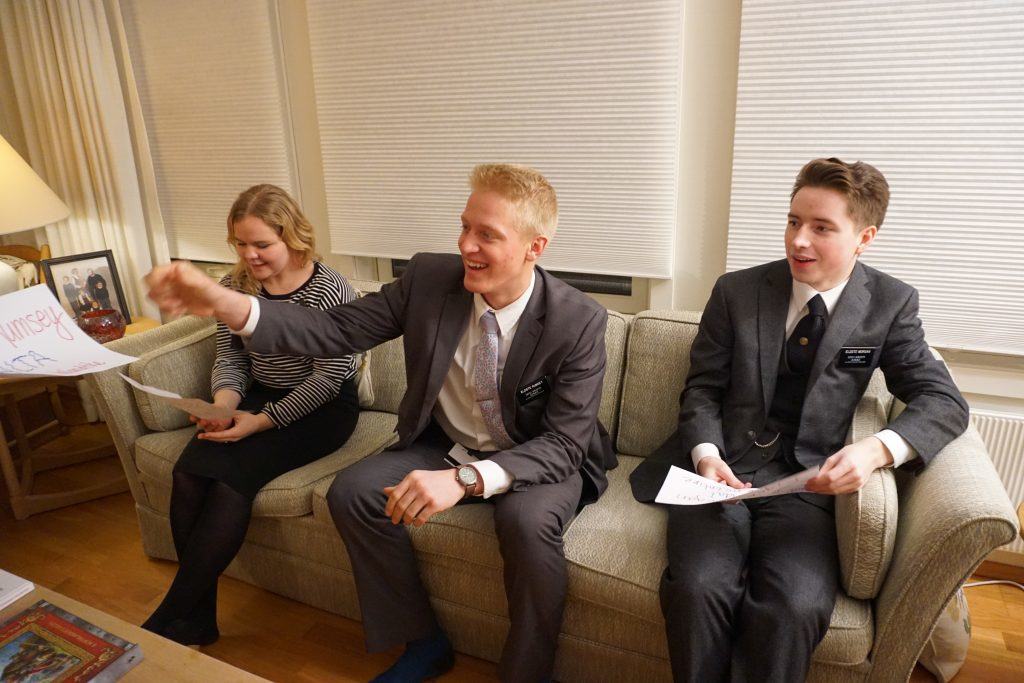 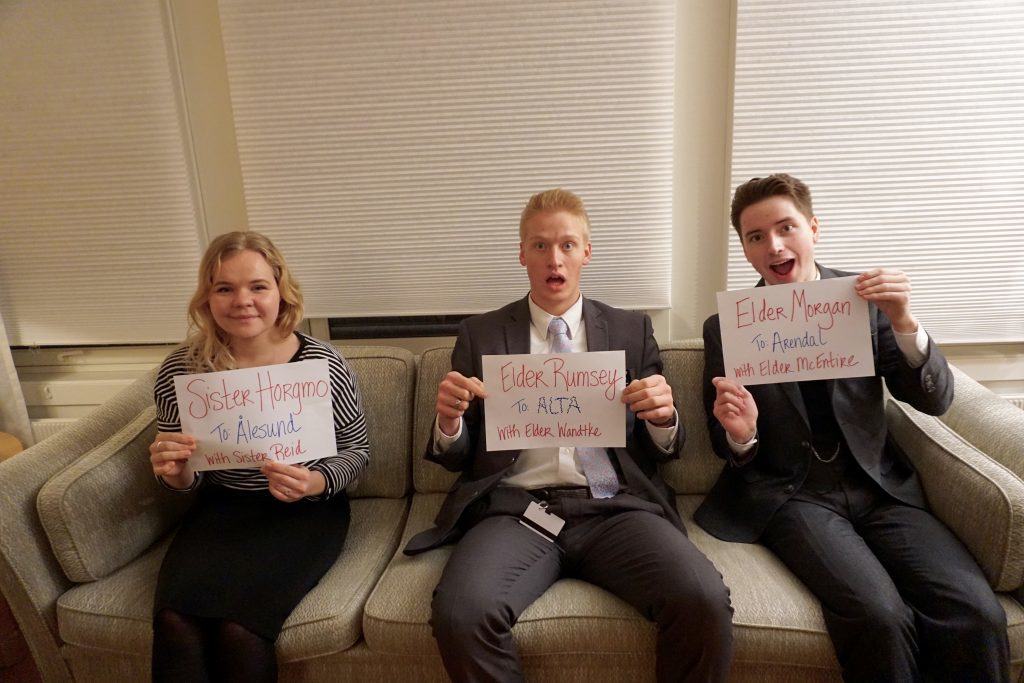 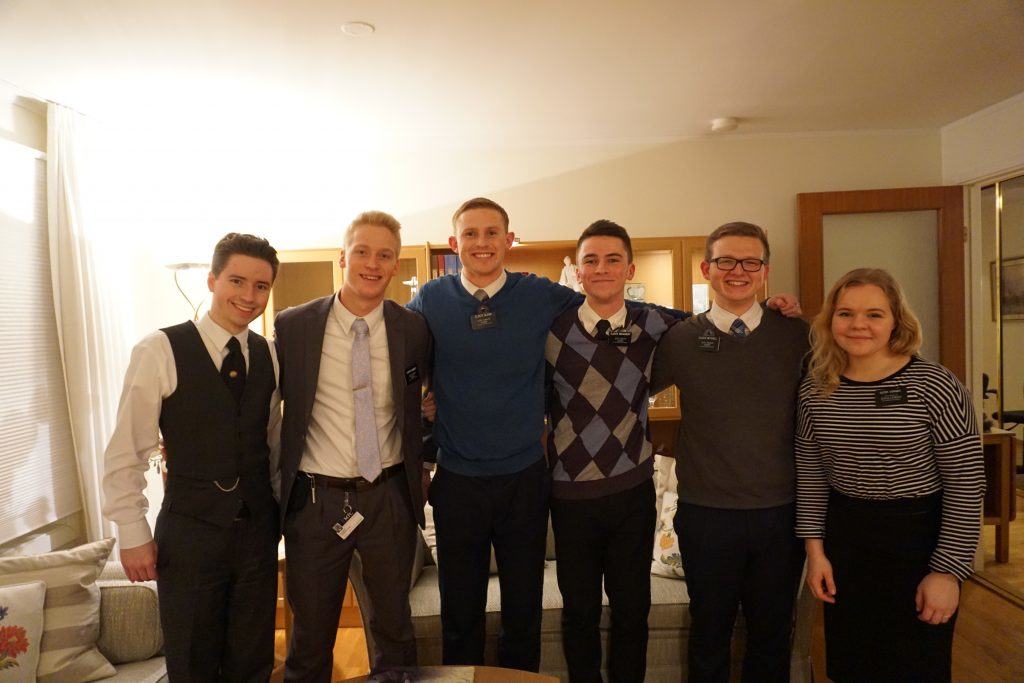 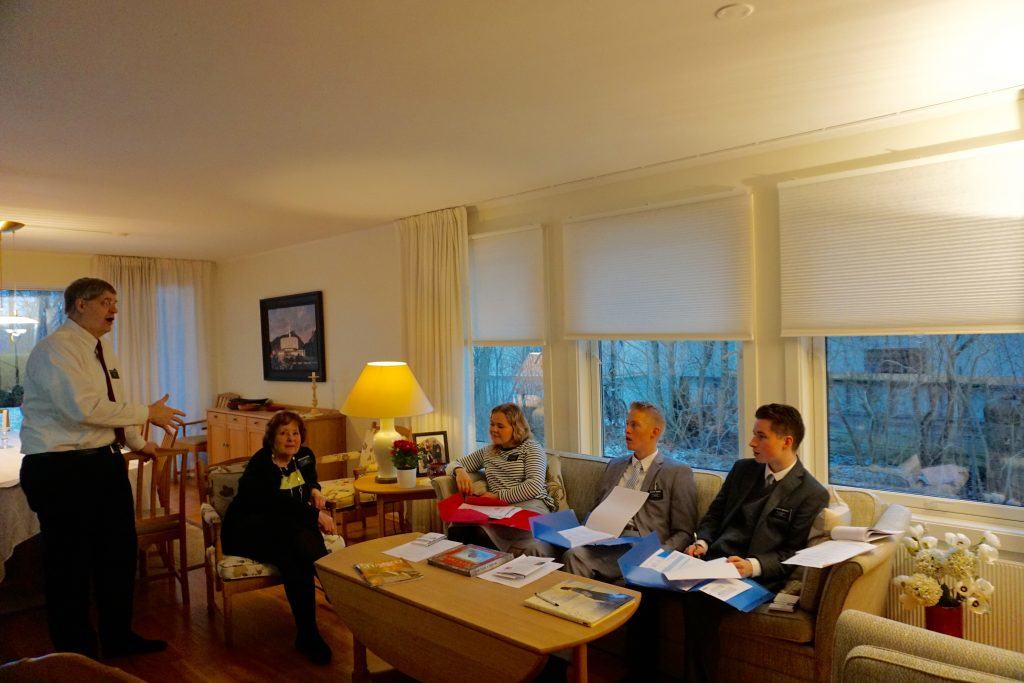 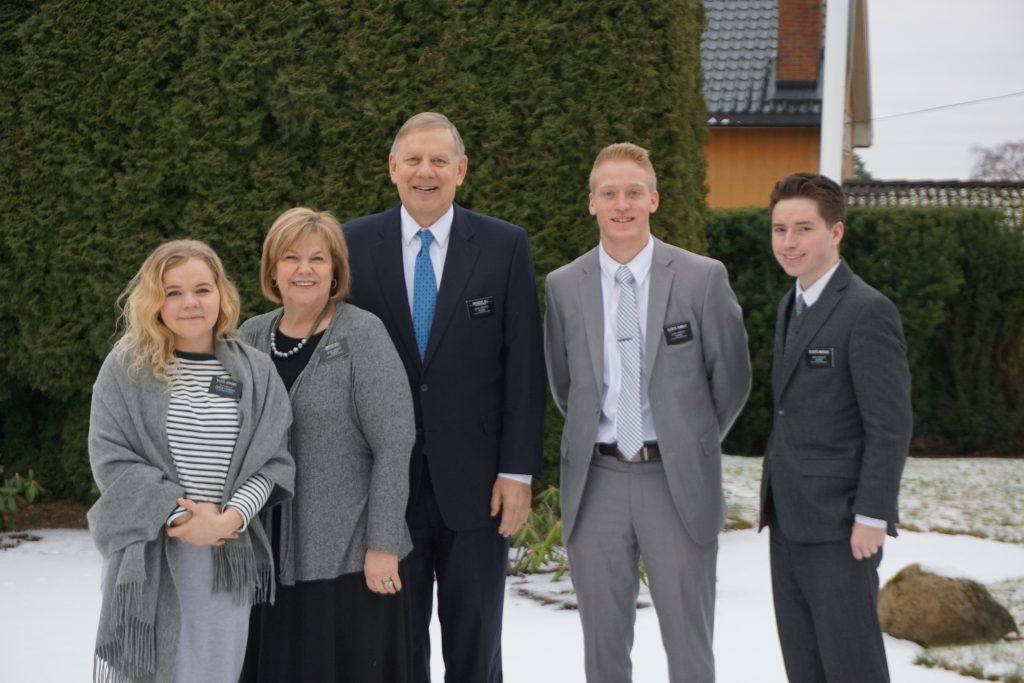 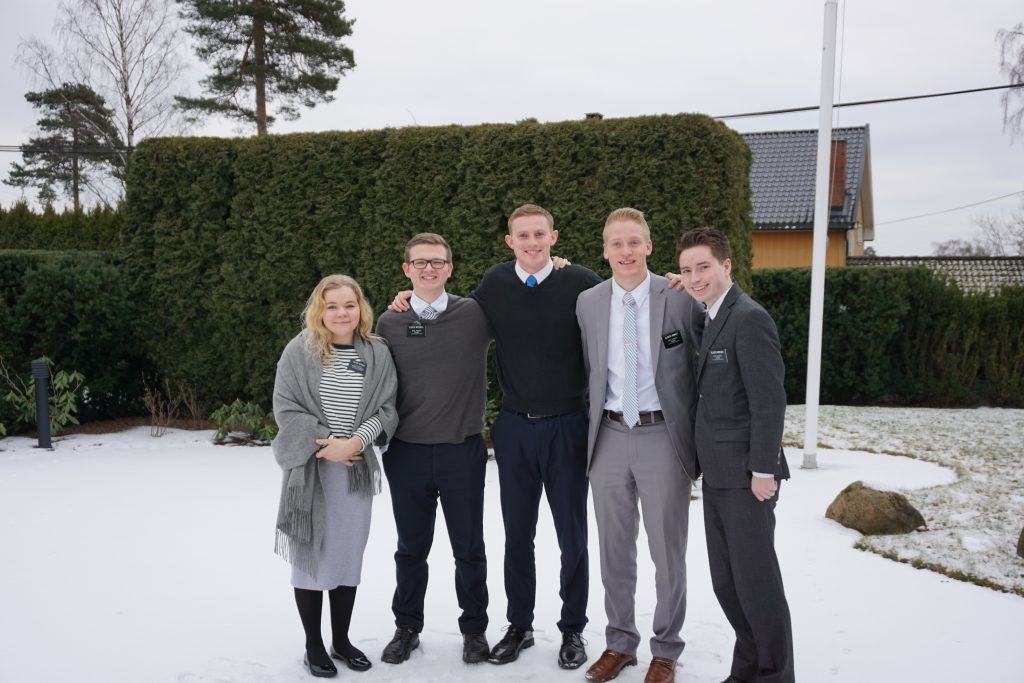 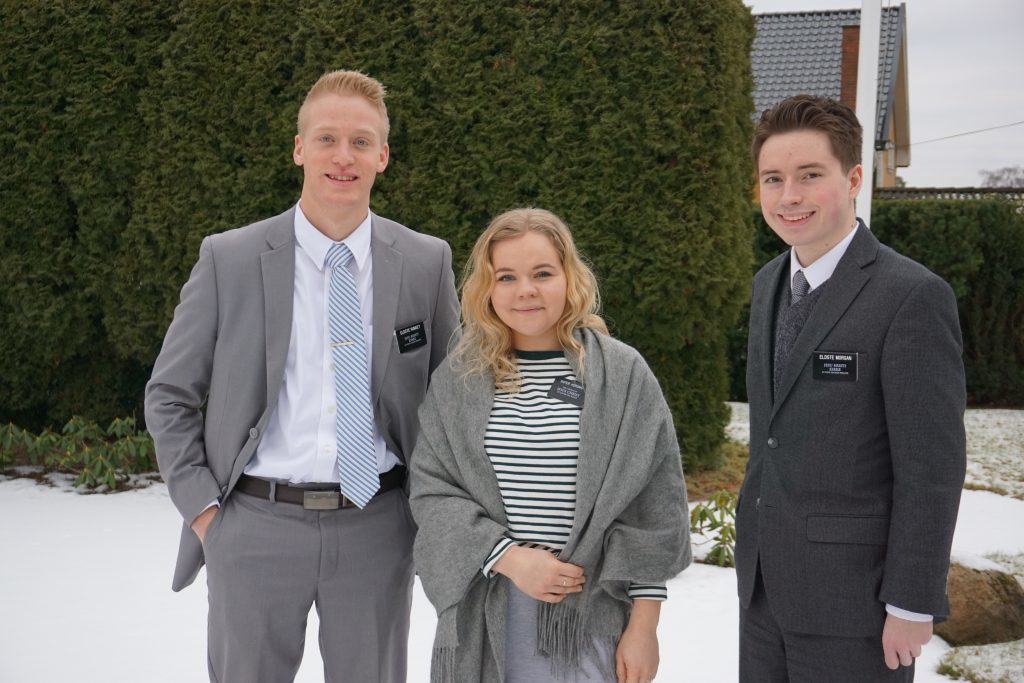 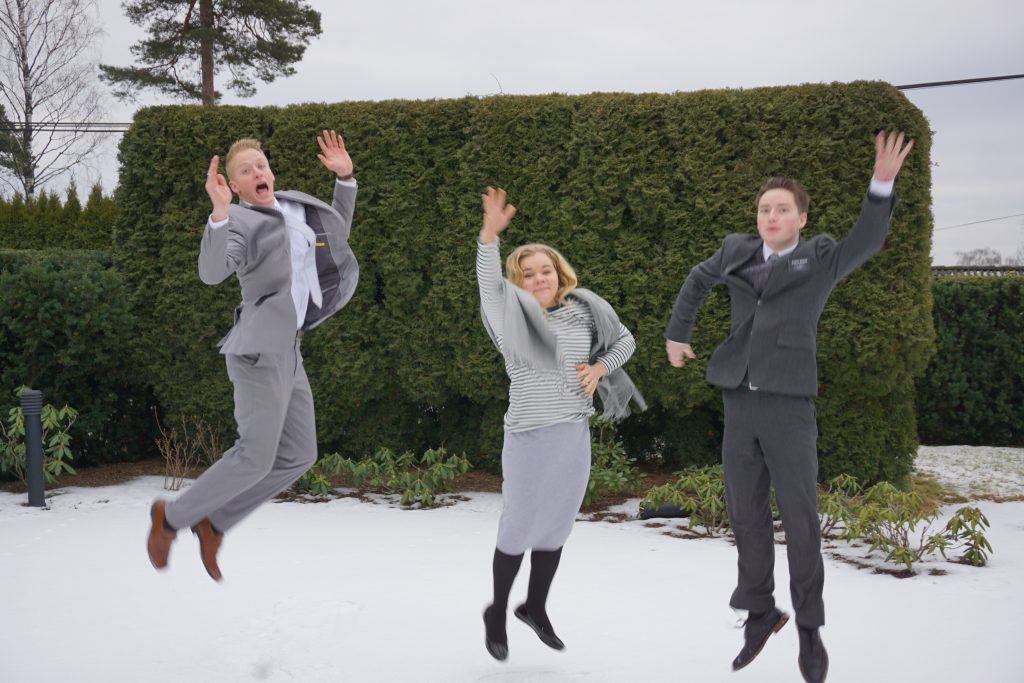 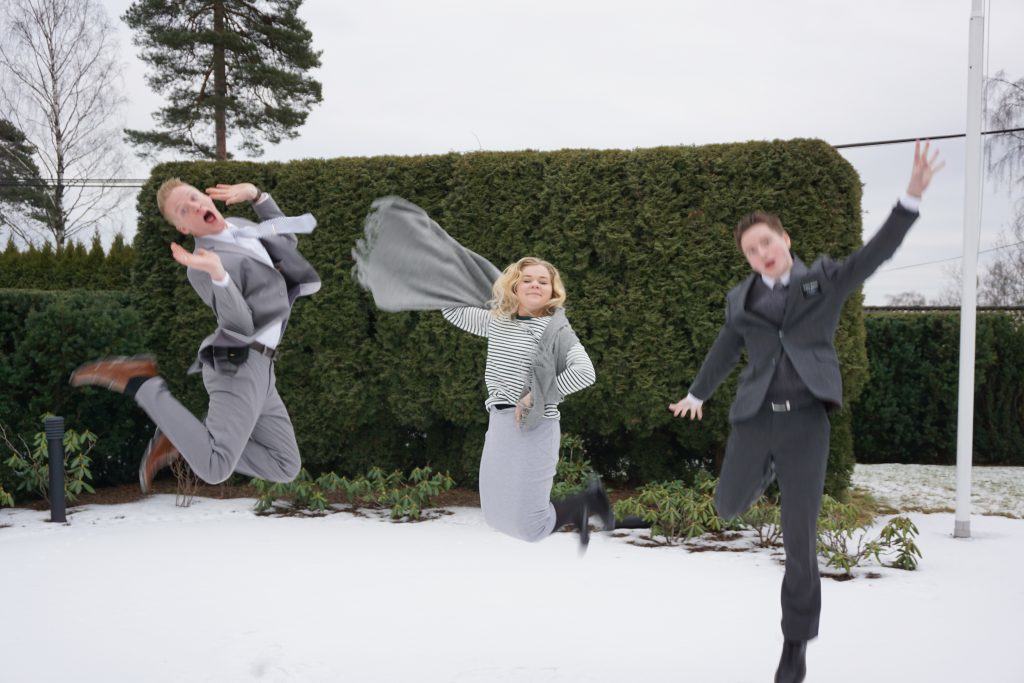 We are going to miss these two missionaries! Elder Broadbent and Elder Arnold have served well! Wednesday night we celebrated the end of their missions with dinner and a testimony meeting. 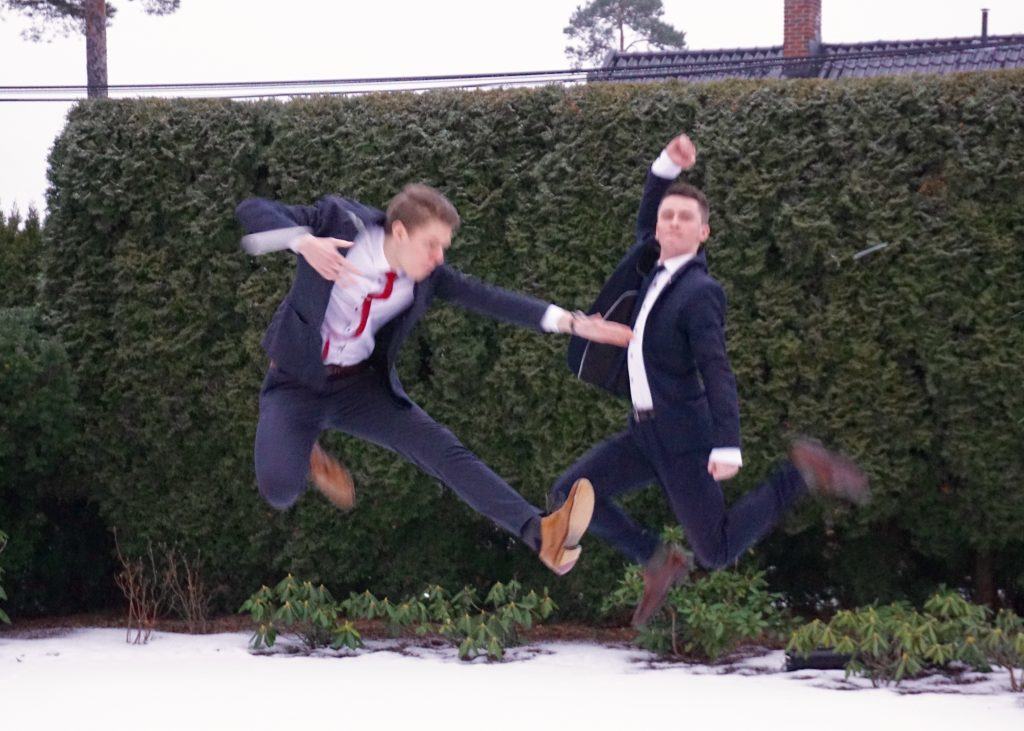 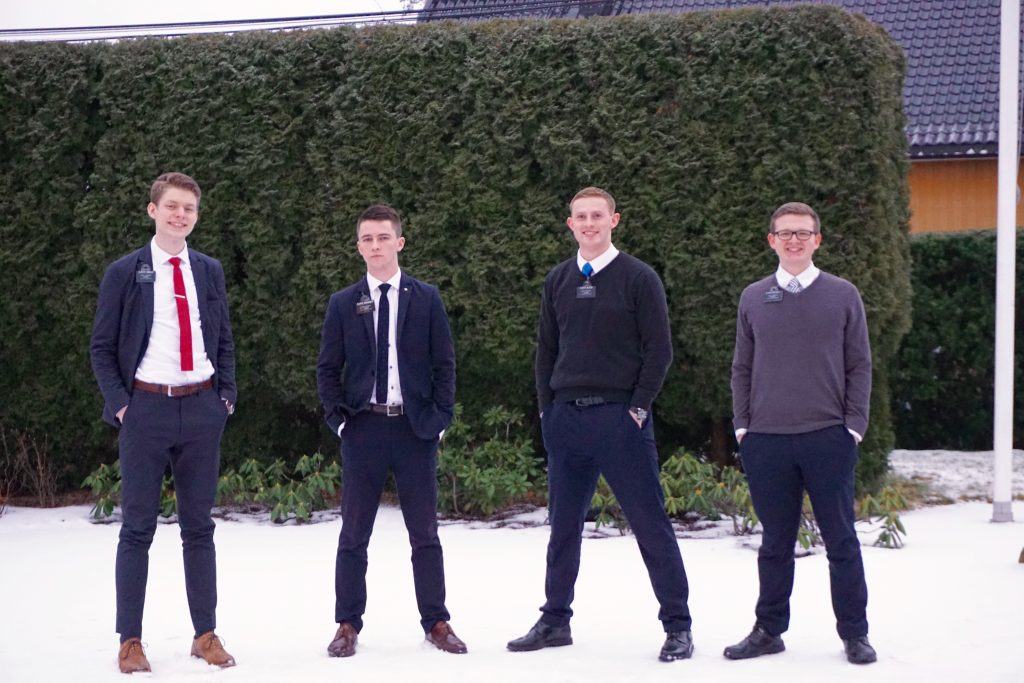 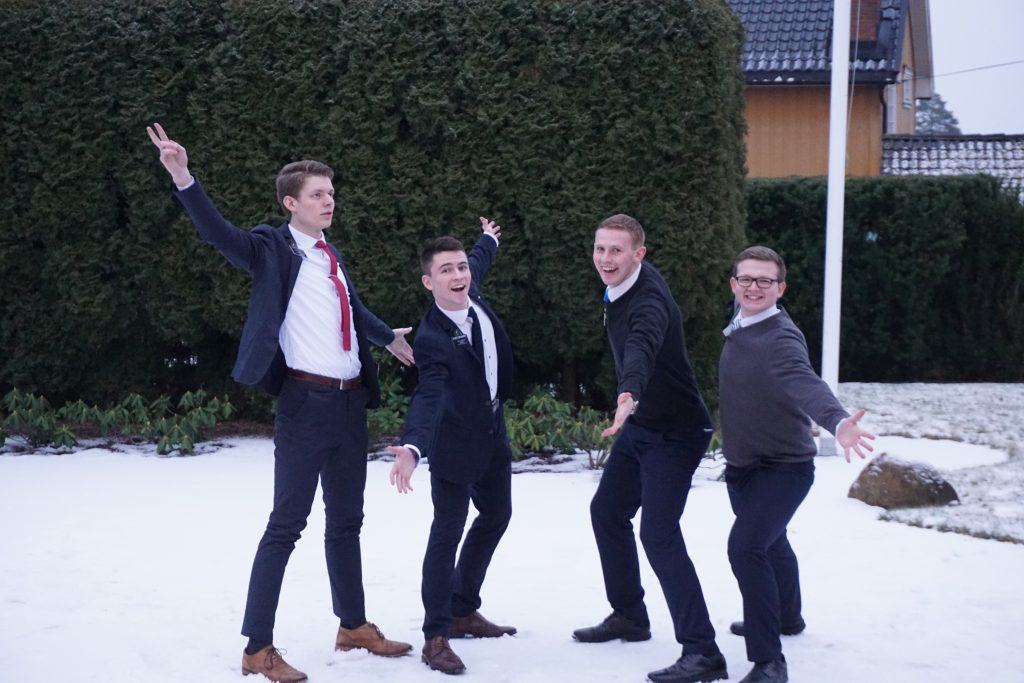 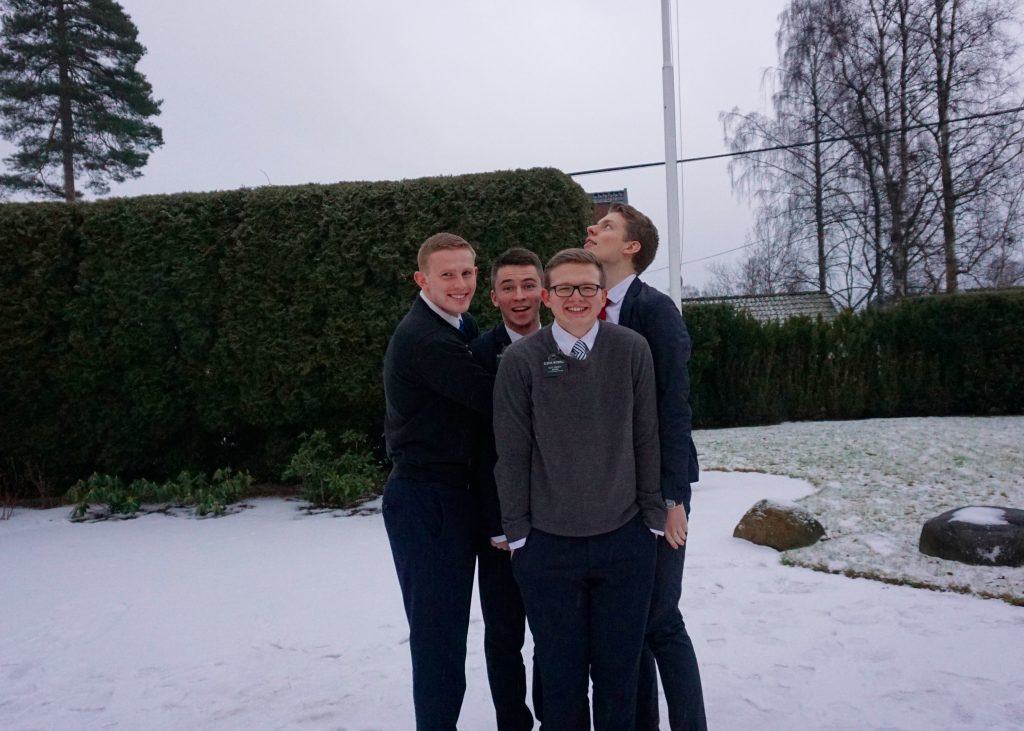 We were waiting for President Hill to grab his suit coat and it was cold! 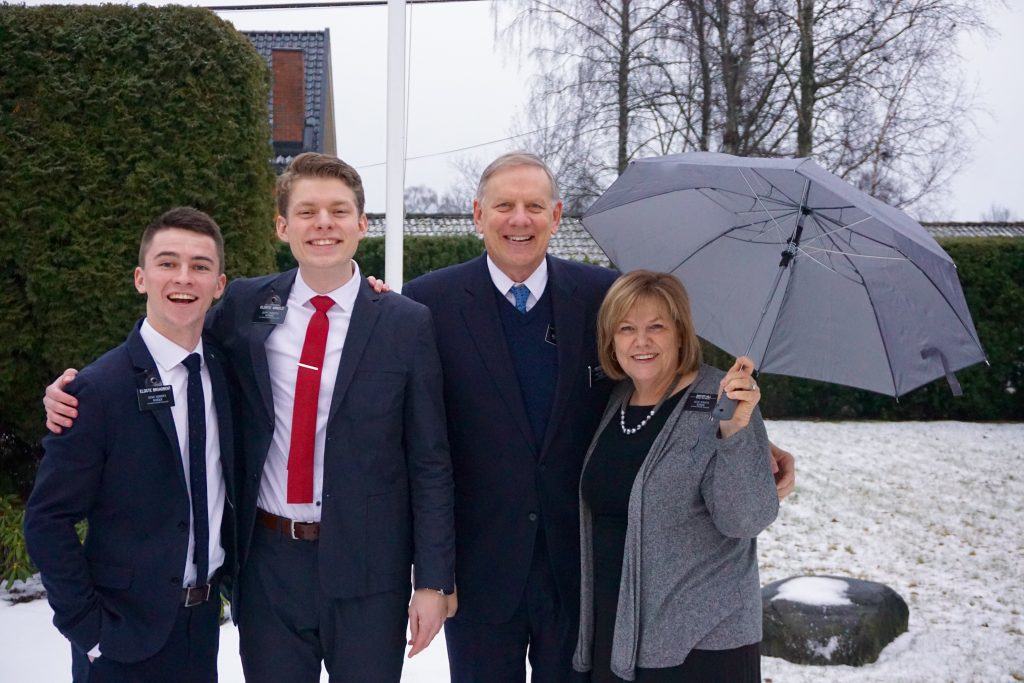 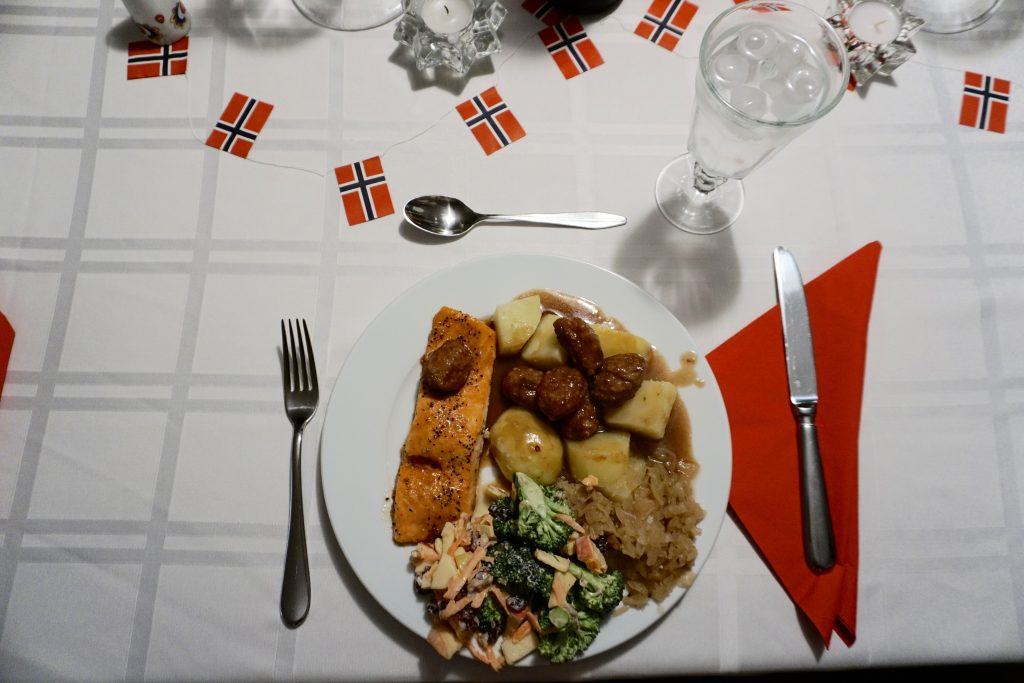 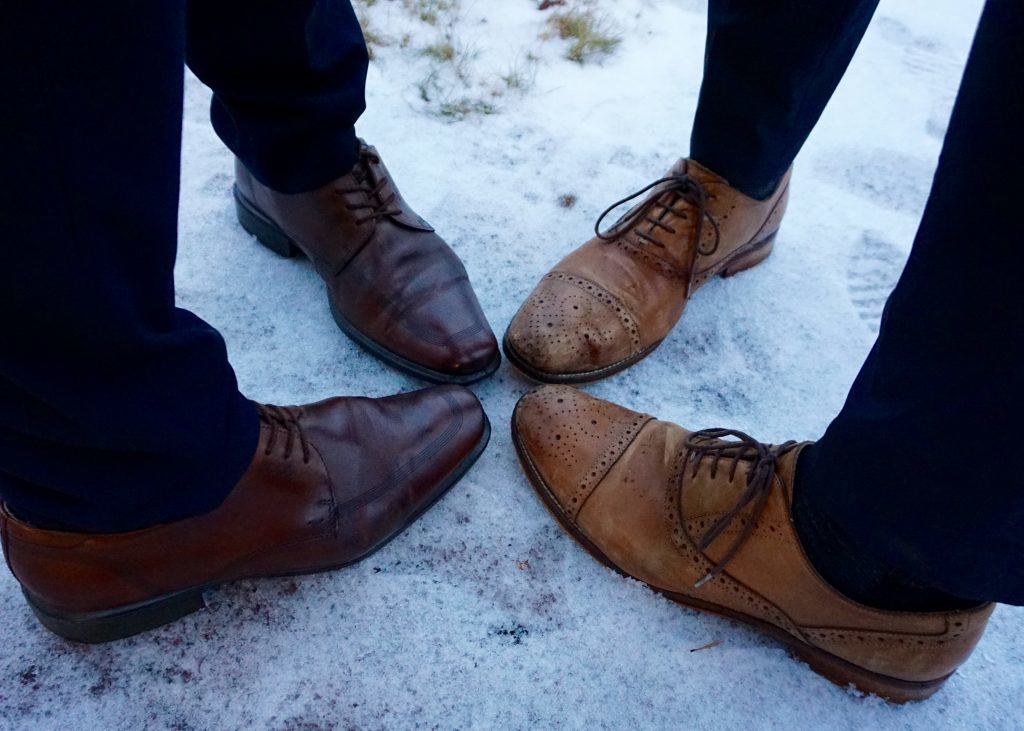 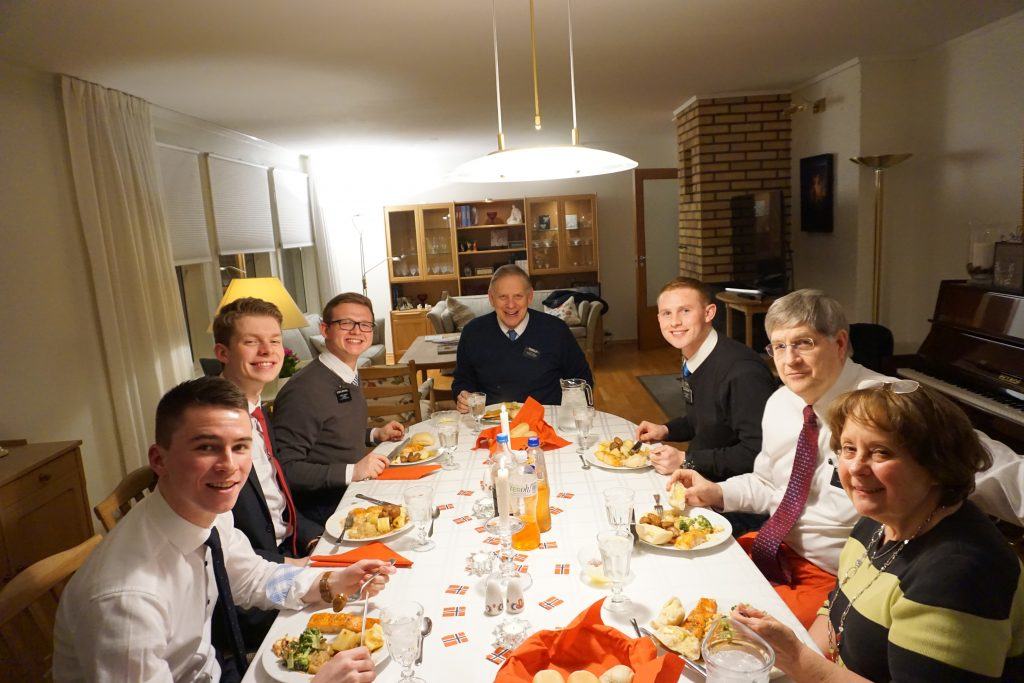 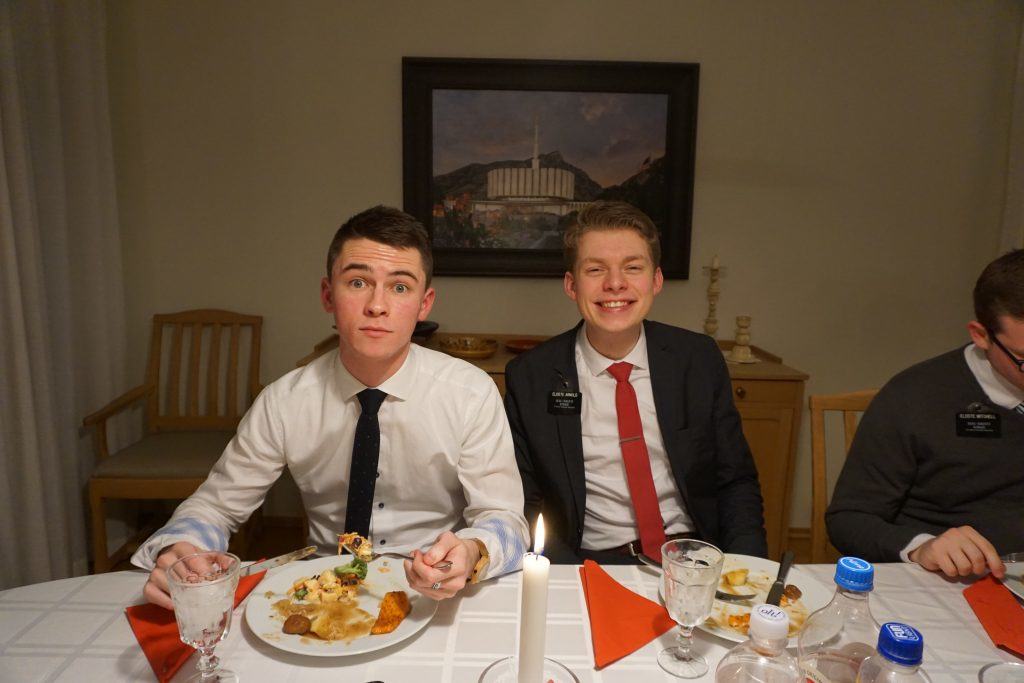 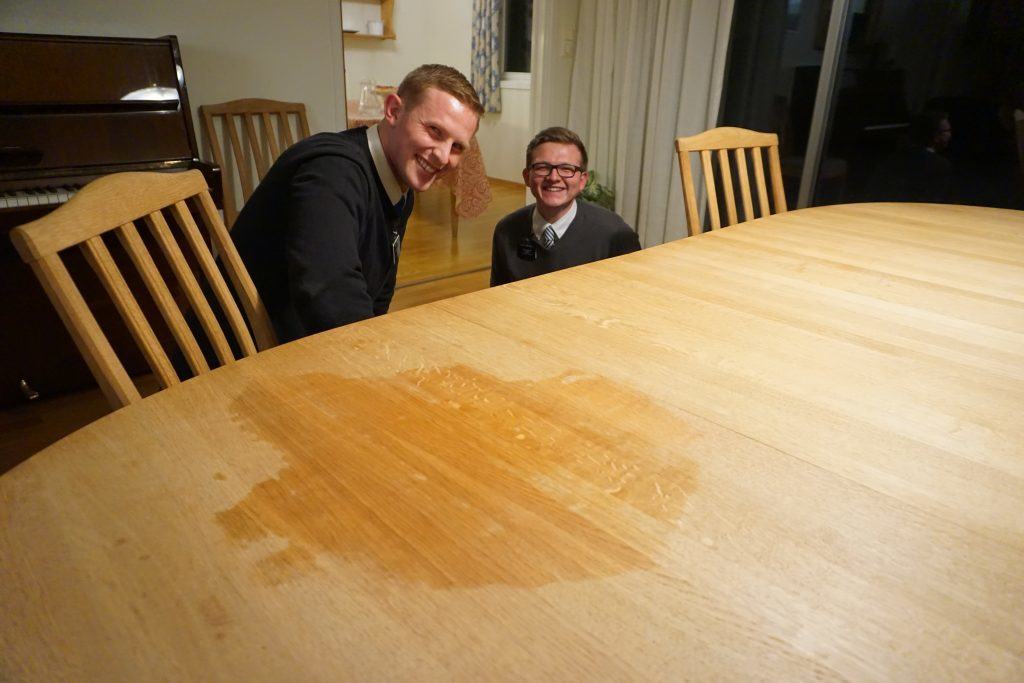 These two had quite the night. There was a basket of rolls with a napkin in the bottom on the table. I was in the kitchen putting food away and they were talking at the table when all of a sudden the basket caught on fire! It was sitting near a burning candle. They were able to put it out with water (I am not sure the tablecloth survived). As they were putting away the candles wax dripped on the floor. 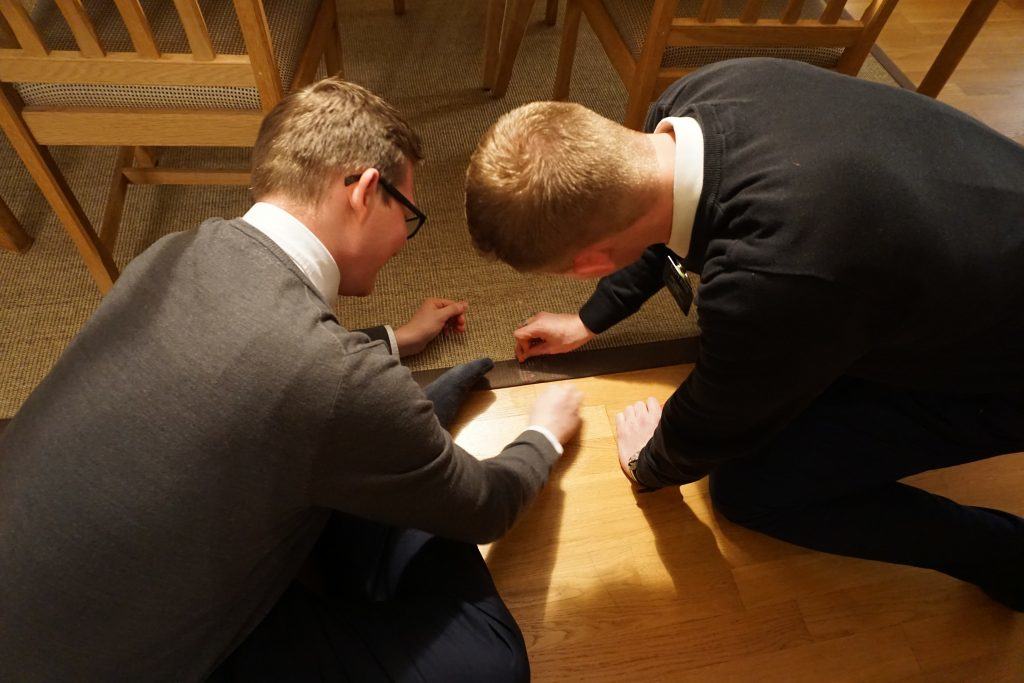 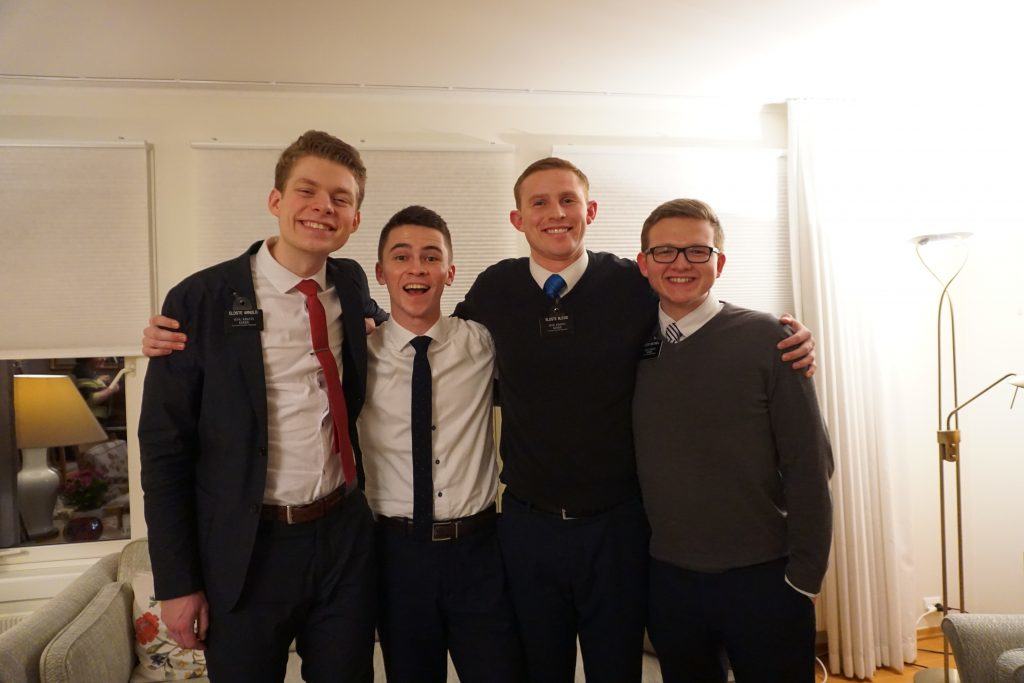 Thank you, thank you for your good care of Elder Broadbent, President and Sister Hill! He is a better man having served in Norway and under your loving direction. Thank you for putting up with his sense of humor and his certain opinions. 🙂 He loves and respects you both. You will enjoy knowing when he is asked to pray his prayers are always in Norwegian. And it’s great to hear!

I love seeing the pictures of my grandson, Kolton Bleggi. He looks so happy! Thanks for all you do for all of these missionaries.

Thank you for the pictures. Love seeing the missionaries in Norway. They look so happy and are very well taken care of. Thank you Shauna Bleggi

Hello! I am returning “home” to Norway in June (I served there in 1975-76) and would love to ask a couple of questions of Pres. or Sister Hill but this is the closest I can find to written contact! Could you please send me an email address for me to contact you! Tusen takk!
Evangeliet er Sant!

It is just wonderful to see our missionaries from our Branch at the Provo MTC. Thank you for sharing these photos and blog. Love and prayers go to all of you ??